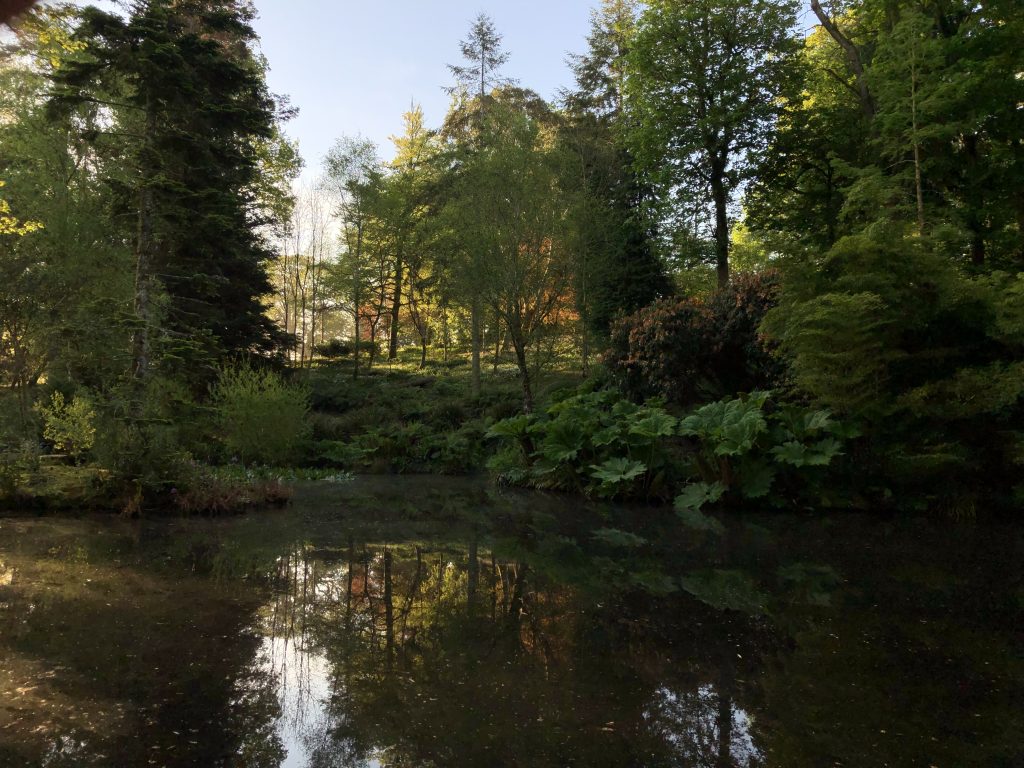 The Ponds, most likely dating back to Samuel Enys (1611-1667), were originally used to supply fish and water to the main house.

In more recent times however, they have become a haven for wildlife and offer a tranquil walk or reading spot for the visitors who venture down to explore.

Walking on the path alongside the Ponds, you can see the ruins of the old summerhouse, as well as the waterwheel. Dragonflies are often spotted and there are also newts hiding along the water’s edge.

Like many areas of the Gardens, a lot of work has gone into the Ponds area over recent years; paths have been cleared, and two viewpoints with benches have been created on top of the slope. The Ponds are now home to several dozen ducks, who pay their rent by keeping the Ponds free of weed!

Candelabra Primulas have been replanted on the pond edge as a part of the restoration of the original planting, and the surrounding area features a good collection of bamboos, tree ferns and Gunnera, commonly known as Giant Rhubarb.

The sloping bank down to the ponds is planted with many Acer palmatum dissectum. These beautiful dome-shaped trees have finely-shredded leaves which turn fiery red and bronze in the autumn. Beneath them grow blue Camassia leichtlinii, which look striking in late spring.

The Waterwheel, situated near the bottom pond was most likely one of two waterwheels installed in the 1820’s, shortly after the old house burnt down. John Samuel Enys was very concerned that his new house should not suffer a similar fate. The pond waterwheel was used together with an adjacent hydraulic ram to pump water to the house. The water was used for drinking until sickness occurred while the house was being used by the Dutch Navy.