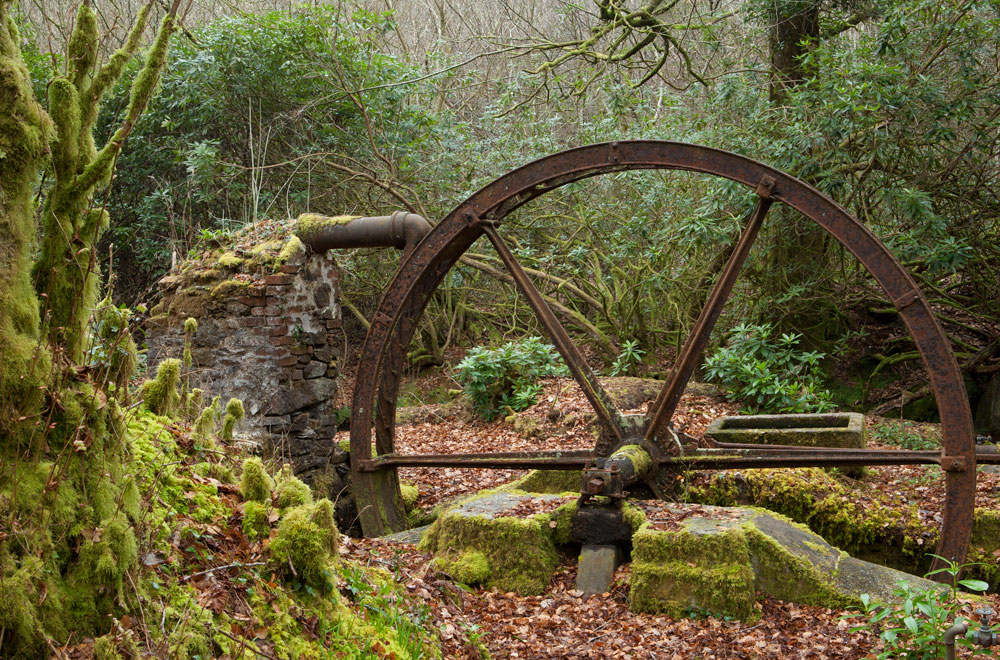 Enys is an ancient Celtic word meaning a circle, and island or a clearing in the forest, so it is possible that the first owners took their name from the land.

The Enys Estate probably first became the home of the Enys family during the life of Robert de Enys. According to a pedigree produced for Samuel Enys (1611-1667) from family deeds, Robert de Enys “began to reign in 1272”. Robert’s granddaughter, Joane, released her rights to land at Enys to her brother, John de Enys (1390), and his heirs in 1363, during the reign of Edward III. This deed is still in the Cornwall Record Office. Enys is also mentioned in a Cornish play taken to Oxford in 1450, when it was among lands given as a reward to the builder of the universe (the manuscript is in the Bodleian Library). The gardens at Enys were noted as one of the earliest in Cornwall and ranked among its greatest, attracting the attention of historians who recognised its progression through the centuries.

Today the Estate consists of just under 1,000 acres of farmland and woodland (165 acres) covering the core area, and some outlying areas. At one time the Enys family owned lands in Camborne, St Agnes and Gerrans and Portscatho, but today the holding of land is much reduced. As well as farm houses, the estate owns a few cottages which would have been let to farm and Estate workers.

When the Estate was last working to capacity, just before the start of World War II,  the home farm and gardens employed ten people with further people employed in the house.

The present house is most likely the third to stand there. No information regarding the original property has been traced. The previous (second) house was an Elizabethan or Jacobean E-shaped mansion. It was built prior to the Civil War, most likely by John Enys (1578-1655) or possibly by his father, Thomas Enys (1538-1614).

The illustration of the house by William Borlase from about 1758 shows a large E- shaped house over two levels.  The layout was probably introduced in the 17th century by Samuel Enys (1611-1667). Although little is known in detail concerning the house, the hearth tax records of the 1660s indicate that Thomas Enys was charged for eight hearths.

Some of the foundations of this house have been found under the latest house servants’ wing.

In the 1820s disaster struck when the house burnt down, though John Samuel Enys (1796-1872), who inherited Enys in 1821, may well have seen it as an opportunity to build a house in keeping with ‘modern taste’. Several plans exists for the rebuild, which were not adopted, including two plans for a larger house which were discarded before the present design was settled on.

The building work for the current house was underway by August 1830 and completed in the mid 1830s. The family moved in May 1836.

The two-storey main house has an abutting three-storey servants wing.  Some of the tall ground-floor windows in the main house are false. This may have been to reduce a window or glass tax, or it may have been to maintain architectural symmetry from the outside while allowing furniture to be placed against walls inside.  A lantern sky-light floods the elegant hall and landing with natural light, but sadly, its complicated wooden drainage system rotted out, intensifying the damage that the house suffered. Cast-iron girders, that were probably made in nearby Perran Foundry and that helped secure the second-floor during the period of disrepair, confirm that the building was at the forefront of early nineteenth century architectural engineering.

A water-wheel, still visible beside the lower lakes, was installed to pump water to the house and to reservoirs nearer the house in case of another fire.

Shortly before the outbreak of the Second World War, improvements and upgrades were made to Enys, including the installation of central heating. However, soon after the war broke out Enys was requisitioned by the War Office for the use of the Royal Netherlands Naval College. It was well suited for this purpose due to the accommodation it offered and its proximity to the Carrick Roads, a safe deep-water anchorage where practical work could be undertaken. The mansion accommodated the officers. Training rooms and buildings were constructed on the Mowhay (adjacent to the courtyard) for the use of the cadets. You can find some fascinating footage of the Dutch Navy at Enys here.

When the Dutch Navy departed in 1946, the family briefly returned to live in the house, but it was soon turned into a boys’ school. This lasted only a few years, and since then the house has remained uninhabited.

The main farm buildings at Enys were commissioned by Francis Enys around 1795. The quadrangle of buildings positioned around an inner courtyard (100 x70ft) included a coach house, granary and stable with facilities for calves, pigeons and carts.

Part of the courtyard was carefully renovated into seven apartments that were completed in 2018. These are now let out on long tenancies, as is another cottage within the Gardens. There is a short video of some drone footage of the courtyard before and after the renovations.

The aim of the renovations was to create high quality modern living spaces, whilst at the same time keeping some of the original features.

As part of the renovation of the courtyard, nine garages were built onsite, which you can spot as you walk down the path from the car park.

In 2011 the Estate sold their vast archive to fund essential repairs.  Cornwall Council bought the archive where it is safely stored and may be consulted at Kresen Kernow.  A project was launched to make the huge range of material going back to the Thirteenth Century more accessible to the public.  We also have a Family Historian who may help with enquiries, by request to the Enys Gardens office in the first instance.

In addition, in 2014 an Oral History Project was launched and this again may be accessed by request to the Enys Estate office.  This project is ongoing and we very much welcome any information on the family or estate history you may have to add to this bank of personal records, oral or written.

Each year we have students on placement from the University of Exeter (Penryn Campus) History Department who research some aspect of the estate.  Previous students helped conduct oral history interviews, and a study of estate workers, both domestic and agricultural, from 1818 to 1918, which will be available in the History Room.