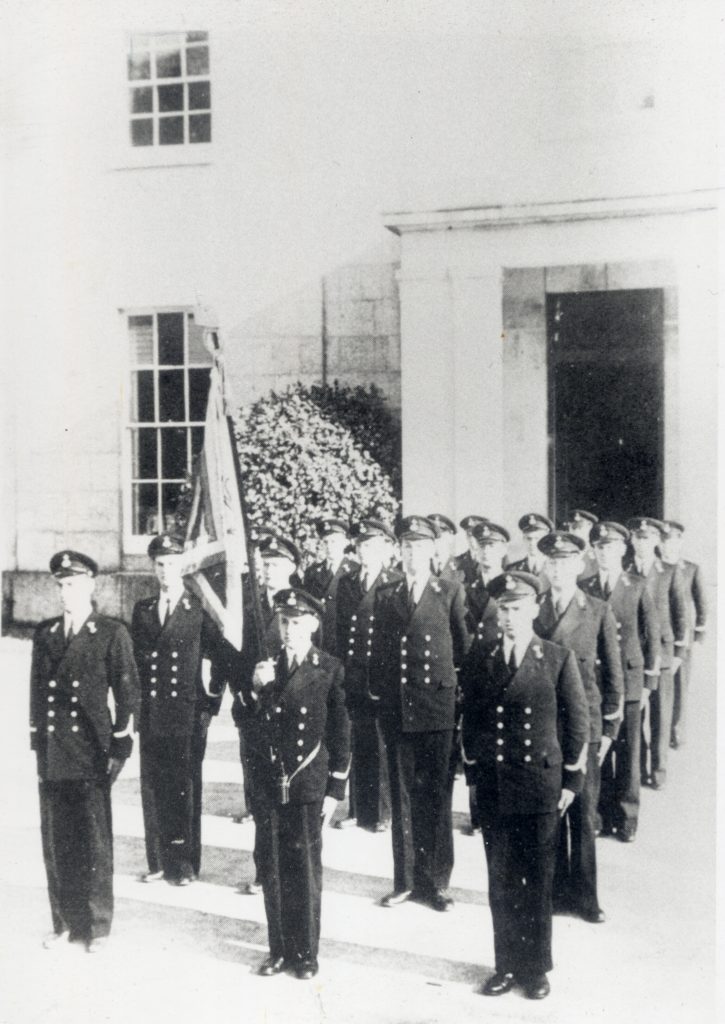 In 2020 when we all planned to mark the 75th Anniversary of VE Day (Victory in Europe Day), Enys had a special reason to celebrate. During the War, Enys was requisitioned for the Royal Netherlands Navy as their officers’ training base. So, along with big celebrations and parades planned in Penryn, we had hoped to mark VE Day 75th Anniversary at the Enys Estate. Covid put paid to all that, but the basis of the planned Enys display will instead be available this year.

The story of the Royal Netherlands Navy Cadets who escaped from Holland as the Nazis overran the Netherlands, until then a neutral country, and finally arrived at Enys, will be told through photographs, personal recollections and oral testimonies collected within the last few years.

To learn more about this fascinating part of Enys’s history, how these young men trained, integrated into the community, and left a lasting mark, please come and have a look in the History Room, opposite the Clock Tower.

There is some archive footage of the Dutch Navy’s activities at Enys here.